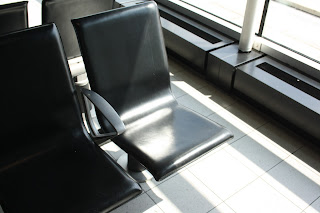 On the back of W. G. Sebald’s The Rings of Saturn the book is classified as Fiction/Memoir/Travel, which must make it hard to locate in the small number of physical off-line bookshops that remain. The puff on the back cover claims that ‘a desperate intensity of feeling is thrillingly counterpoised by the workings of a wonderfully learned and rigorous mind’. I get the learned and rigorous mind bit; I’m less sure about ‘a desperate intensity of feeling’. Or perhaps the desperate intensity of feeling is a sort of low frequency, reflexive attention: a sort of low-intensity intensity. I would imagine that for many readers it is the mood of the book that is its most compelling achievement.
It is the travel aspect of the book that organises the account as the narrator or author-avatar travels around parts of Norfolk and Suffolk and spend time in such uncanny landscapes as Shingle Street. Sebald’s book is endlessly digressive and along the way we learn all sorts of historical facts, some of which are primarily concerned with human affairs while others connect to the history of fishes and landscape. We learn that at some point in time ‘vast shoals of herring were brought in towards the beaches by the wind and the tides and cast ashore, covering miles of coast to a depth of two feet and more’; and we also learn how during a drought in the late 1870s, which killed millions of people, ‘parents exchanged children because they could not bear to watch the dying torment of their own’. The eerily distant echoes across time and across species are not meant to ride over dissimilarities between fish and humans, but is designed I think to set up a situation whereby the catastrophic history of human beings is seen as natural history: that is the sort of weird species humans are, finding more and more complex ways of negotiating misery. So much for Darwin and Dawkins.
There is one place in the book where the narrator physically leaves England and finds himself in the Netherlands. In the description of Schiphol Airport Sebald undertakes a vivid and characteristic manoeuvre whereby the incidental and trivial is apprehended as something with eternal significance:

… the airport, filled with a murmuring whisper, seemed to me that morning like an anteroom of that undiscovered country from whose bourn no traveller returns. Every now and then the announcers’ voices, disembodied and intoning their messages like angels, would call someone’s name. Passagiers Sandberg en Stromberg naar Copenhagen. Mr Freeman to Lagos. La señora Rodrigo, por favour. Sooner or later the call would come for each and every one of those waiting here. I sat down on one of the upholstered benches where travellers who had spent the night in this place of transit were still asleep, stretched out unconscious or curled up.

In his soporific, but always concentrated prose, Sebald allows the glimpsed possibility to be realised:

Outside, on the tarmac, the summer heat was shimmering, tiny trucks were beetling to and fro, and from the runway aeroplanes with hundreds of people aboard rose, one after another into the blue air. For my part, I must have dozed off for a while as I watched this spectacle, because presently I heard my name from afar, followed by the injunction Immediate boarding at Gate C4 please.

The trivial is our gateway to eternity: but once there, once facing the absolute there is only the trivial. Even if you are a frequent flyer please listen: your nearest emergency exits may well be behind you. 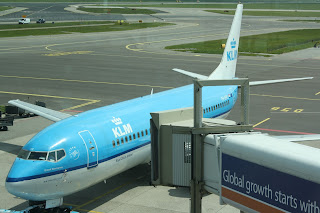