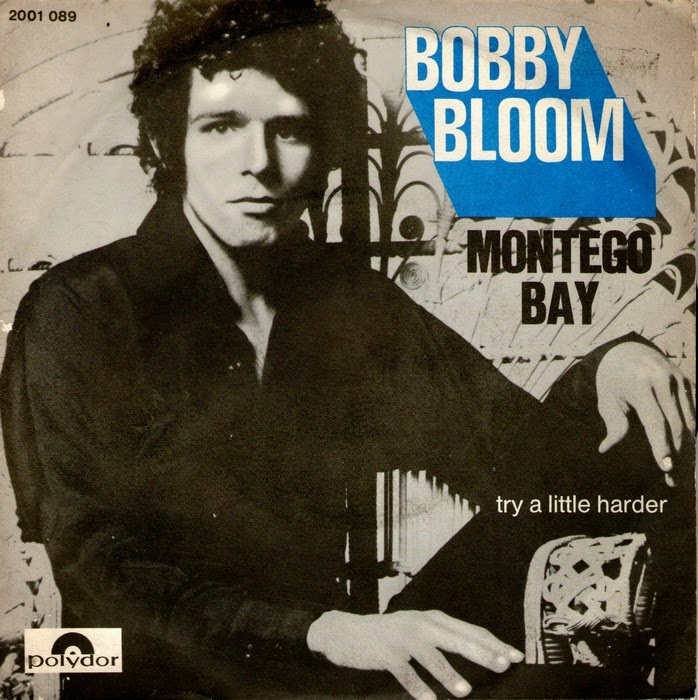 I’m sure I had been to parties before – kids’ parties, with games and jelly and ice cream – that sort of thing. But this was the first party I can actually remember, and the reason I remember it so clearly was because it was a kids’ party which was pretending not to be one. I’m not sure what, exactly, it was trying to be: perhaps something like a child’s idea of how a bunch of fifteen year olds or sixteen year olds might party? Or perhaps, more precisely, a twelve year old’s idea of how a sixteen year old who was imagining a twenty-four year old partying, might party. I was nine at the time, and one of the younger ones. The year was 1970 and on the turn-table that night were the current picks of the pops – Bobby Bloom’s Montego Bay and Three Dog Night’s Mamma Told Me (Not to Come) – these at any rate were the songs I can remember.
I can’t imagine that there were many people at the party: ten, fifteen at the most. It was at a friend’s house and their parents were out. The party was just the neighbourhood children: brothers and sisters between the ages of about eight and twelve. We were tooled-up to party with our treasured collection of seven inch singles, with bottles of cherryade and R Whites lemonade, and with oodles of crisps. The record player was a hulking great teak cabinet with valves. You could stack five or six records at a time, though the more you stacked the looser the traction was: you often ended up with your final single sounding as if it was being dragged, wobbling, down in pitch by half an octave.
What I remember most was the lighting. It felt like a very different kind of party because the lights were turned down so low. Low lighting in an era where bright electrical lighting was easily achieved felt ludicrously debauched. If you didn’t have a dimmer switch you turned off the main light and obscured the brightness from a side light. If you were particularly groovy you might have a coloured lightbulb (red or blue) for the ambient light. Total darkness was always a possibility, but given the amount of crisps and the staining potential of the cherryade who would want to risk it? We did of course.
The Montego Bay single was a great favourite and had one of those sing-a-long choruses which didn’t entail having to learn any actual words just oohs (like the much loved Na Na Hey Hey Goodbye by Steam, and later covered by Bananarama). But it was the Three Dog Night song (which was a cover of a song penned by Randy Newman) that set the aspirational bar for that night and for any party since. Mamma Told Me (Not to Come) was like an obscure lesson in partying the bohemian way. It gave you no clear information about how to achieve the requisite level of partying, but gave you an exceptionally clear indication of what the desired outcome was: ‘This is the craziest party / That could ever be / Don't turn on the lights / 'Cause I don't wanna see’. What sort of a party could this be? So wild that it would terrify you to behold what was going on?
We were young and I have no recollection of seeing anyone snogging or even close dancing. But it was dark. I can imagine the terror for any adult who turned the lights on: children dancing by grinding potato crisps into the shag-pile. Oh the horror. 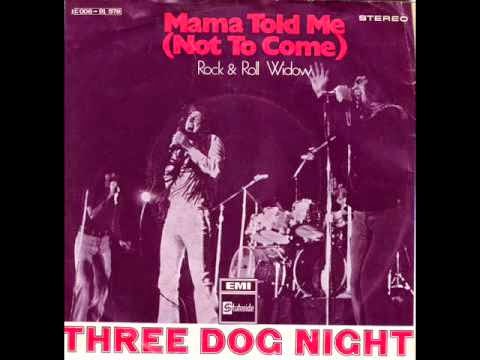