Putting the kit in kitchens

The Times ran a piece I wrote on my top six innovations in the kitchen. This is what I wrote:

The desire for convenience, for labour-saving devices, has been a dream that has shaped the modern kitchen. Sometimes labour-saving was merely labour-displacing: a 1950s dishwasher had a cycle of just three minutes (compared with an average of ninety minutes today) but every single item had to be packed in its own separate plastic container and then unpacked afterwards. But labour wasn't the only thing that needed saving – so too did space and money. Space was saved with items and devices that could have multiple functions – a stool that was also an ironing board as well as a step ladder, for instance. Money was saved, not just through scrimping but also by spending. At least that’s what the advertisers were telling us: buy this expensive food processor and save, save, save.
Kitchen devices came with a price tag that was social as well as financial. Fridges and freezers, for instance, sounded the death knell for neighbourhood shops and announced the era of the supermarket. And all the gizmos that found a place in the post-war kitchen could be seen as an attempt to return women to the kitchen to create more and more complex dishes after a wartime spent out of the house in paid employment.
While gadgetry has put the kit in kitchens, changes in energy and the introduction of new materials that have had the most significant effect. The shift from solid fuels (primarily coal) to piped and wired fuels (gas and electricity) was decisive, but it wasn't till after World War Two that many rural communities would be on the grid. Today it is probably hard to imagine kitchens without a host of synthetic materials like Teflon and silicone; in the 1950s and 60s it was new forms of plastic that transformed the kitchen.

1.      Electric Kettle. This electric kettle from the 1920s would have boiled water much faster than a pan on the stove. It would also have been cleaner because most stoves used solid fuel in the 20s. Ubiquitous electricity was needed for the electric kettle to become an everyday reality. 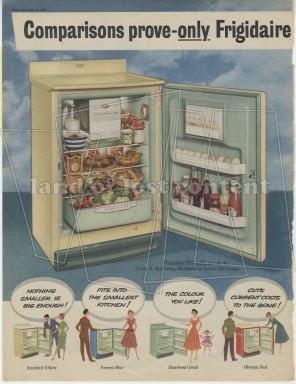 2.      Fridge-Freezer. The first fridges were often gas powered, but it was the electric version that came to stay. My parents bought me a small fridge in 1987 and it cost exactly the same amount as the first fridge they had bought when they got married thirty years earlier in 1957. 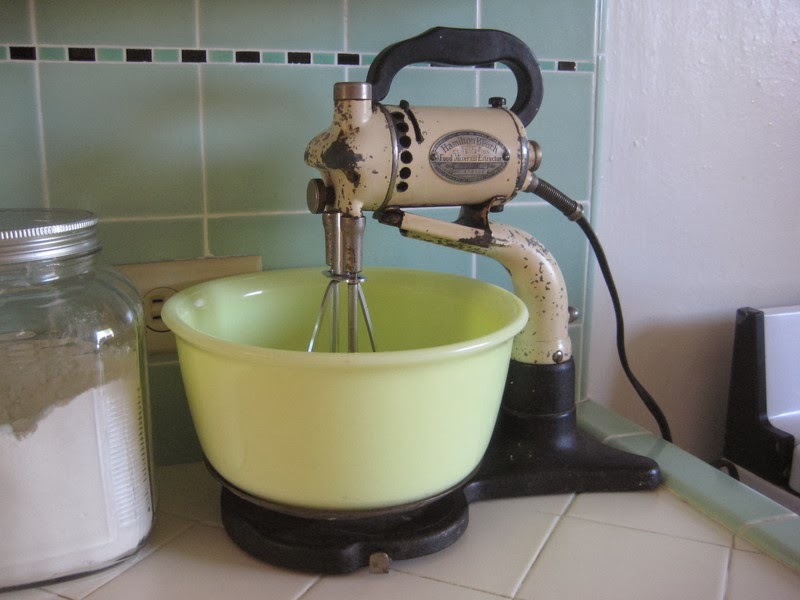 3.      The food mixer. If you could afford it US imports like the Sunbeam Mixmaster were available in Britain from the 1930s. They could ‘mix drinks, grind coffee, open cans, turn ice cream, polish silverware, sharpen knives and scissors’. A home-grown version became popular in the 1950s when Ken Wood developed his Kenwood Chef. 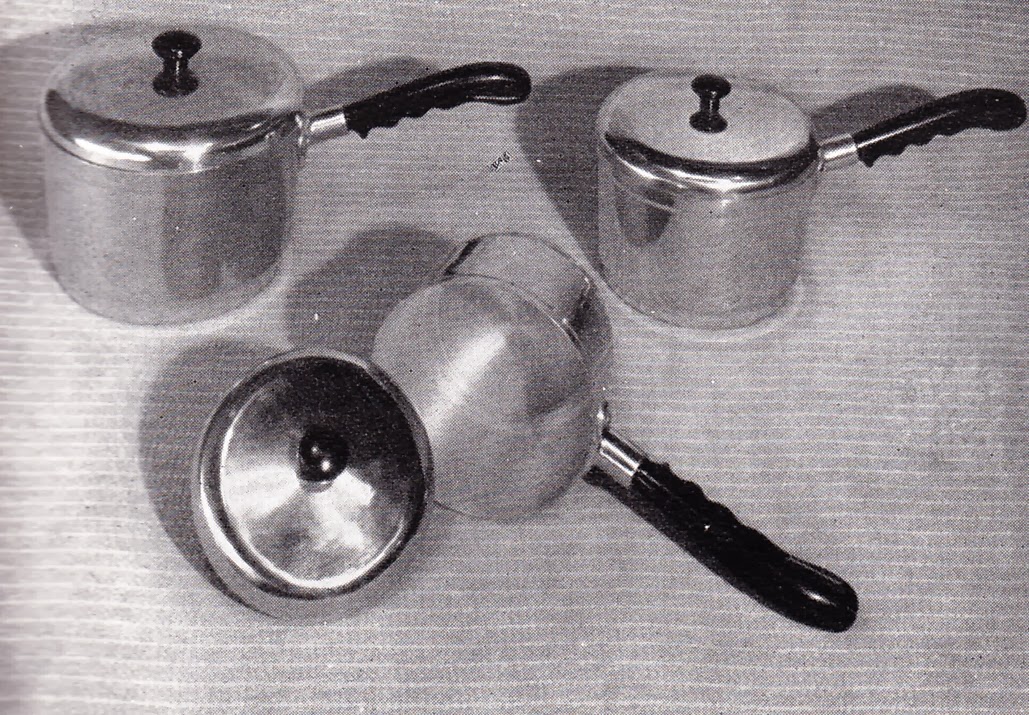 4.      Spitfire saucepans. These saucepans from the 1946 exhibition ‘Britain Can Make It’ utilised a manufacturing process discovered while trying to develop longer lasting exhaust stubs for Spitfires during the war. Other domestic appliances that were developed during the war included the electric blanket, for pre-central heating living. 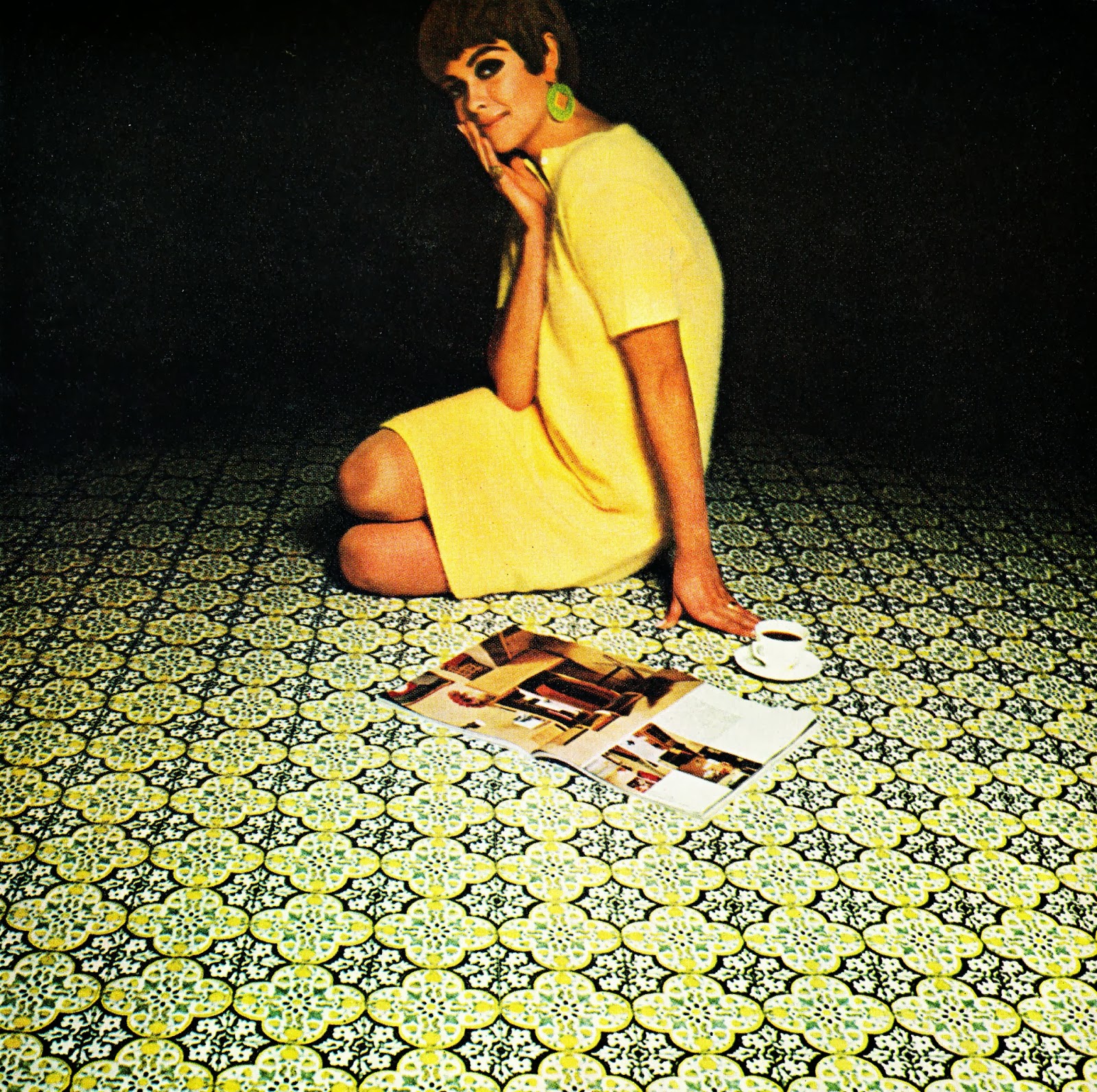 5.      Plastics. New synthetic material such as composite vinyl and melamine transformed the kitchen in the 1950s and 60s. Here Dunlop claimed that their 1967 Vynolay range could ‘cover a fair-sized kitchen floor for as little as £5’. 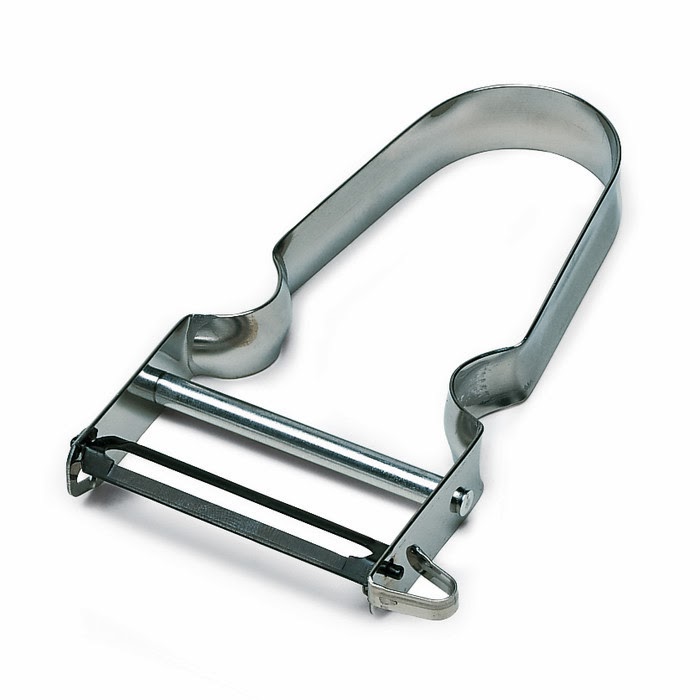 6.      Vegetable Peeler. The Rex vegetable peeler (from the Swiss company Zena) is a classic design: simple, cheap, and superbly functional. It was first produced in 1947 and soon found its place in kitchens all over the world. Sometimes it is the small and modest that makes the difference.
Posted by Unknown at 08:29