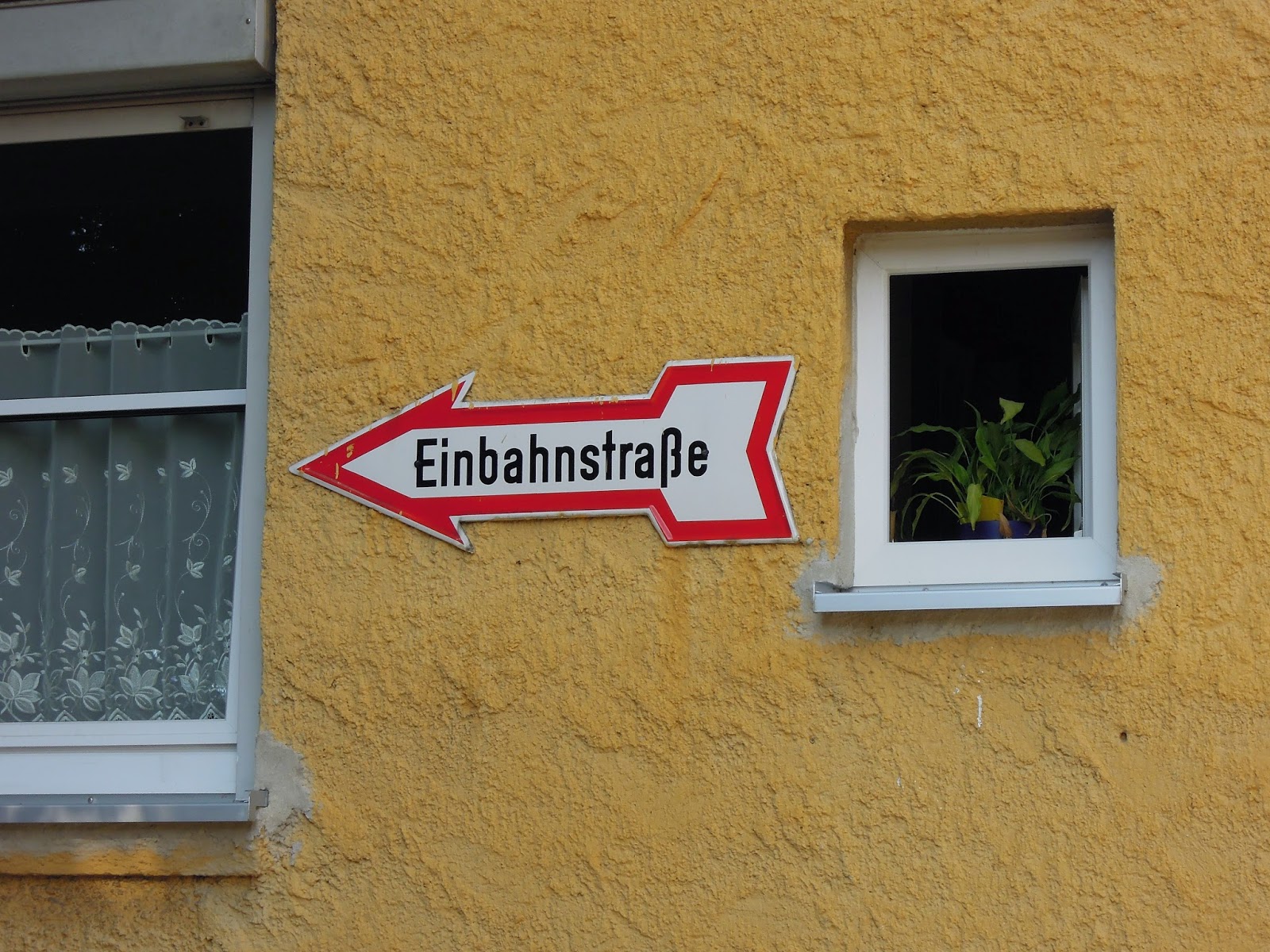 When I was about eleven my parents took my sister and I on a driving holiday on ‘the continent’ (as we called mainland Europe). Over two weeks we dashed from one picturesque town to another across France, Germany, Luxembourg, Switzerland and Italy staying in an uneven range of small hotels. We were ill-equipped for such travel in the early 1970s because no one apart from my sister could speak another language, and she was always too shy or too stubborn to lend a linguistic hand. On one occasion, in a small German town, my dad dropped us off at a restaurant, parked the car and came to find us. He had made a note of the name of the street and so after the meal we went to look for the car in Einbahnstrasse. We found what we thought was the street but there was no car there. It was only by luck that we chanced upon the car in another street, and eventually understood that Einbahnstrasse didn't name the street just its condition of one-way-ness.
It was a holiday that was organised by a travel agent; a sort of package-holiday for people who don’t know how to relax (or are a bit suspicious of such hedonism). So we would keep bumping into the same fraught British families as we raced from one destination to the next. It was an era before air-conditioned cars where the seats were nearly always plastic, and where parking a car in a non-shady spot would result in the interior taking on an almost molten state (car rugs were needed to protect bare flesh from being fused to the fiercely hot seats). It was a holiday punctuated with travel-sickness, sullen silences (we took turns and picked up the slack left my dad’s endless optimism), and new experiences. Continental food, even in tourist-ready hotels, could prove tricky and my sister, who had been warned-off eating anything at all by a barmy xenophobic school teacher, maintained a strict ascetic diet of bread and fizzy drinks. And the fizzy drinks were a highlight – who knew that fizzy drinks could taste of apple, or that fizzy orange didn't have to have a radioactive colour and a flavour that made pure sugar taste bitter?
These days the frisson of difference doesn't seem so extreme. I notice it most in the small details. The pylons and telegraph poles are different. The grass is thicker, coarser, more springy. The street signs are placed differently. There are less road markings. The advertising hoardings seem to articulate different causes for commodity-based happiness.
Posted by Unknown at 03:34