I left school in 1979 and took up residence in a world of art schools, dole offices, and legal squats. I loved it. It was the fag end of punk, Thatcher had taken up residence in Downing Street, and for me (despite Thatcher, or more particularly, in spite of her) the world was drenched in vitality: I lapped it up. The music that my friends and I listened to was that firmament of post-punk, of dub reggae, of old soul and funk. Some of the bands we loved seemed to transmogrify from one song to the next. The wonderful Glaxo Babies started off by intoning that permanently splenetic slur that was the hallmark of the punk ethos. In songs like Christine Keeler their choppy, no-nonsense guitar chug, and wailing saxophone, was matched with hectic vocals recovering a murky past of political shenanigans. When I bought their next musical outing it was a funked-up groove with a syncopated brass section. The songs were an elongated dance track. There would be no pogoing to this, no sir.
Inevitably I half-heartedly joined a band. No, that sounds far too active, far too intentional, and far too ambitious. We were obsessed by music, with listening to it (endlessly), and going to concerts (when we could afford it). We talked about becoming a band the way we talked about travelling to Latin America – as something to contemplate, to invoke, but not necessarily something to work towards. While we listened to music we talked a lot, smoked and drank. We were on the dole, what else was there to do? The reason we didn't play much was due to a general ineptness in which I think I was the leader (my other band members were quite talented). We had ideas though. The main one was in our name, which would conjure up the idea of a super-super-group – so we called ourselves ‘the Rolling Beatles’. Our shambolic racket would be neatly framed by the amalgam of the two most famous rock outfits in the UK, in the world. When we practiced (though I think that is overstating what we actually did) we rehearsed a version of ‘Walk on By’ (this would be our busking song, get it?) and a version of ‘Gimme dat ding’ (a swing song from 1970) – for Kazoo, voice and guitar.
We didn't suffer from what I've heard described as ‘delusions of adequacy’. Nope – our arrogance was much more exaggerated: we imagined that our chronic incompetence would actually be interesting and entertaining. We were radically democratic in that ego-fueled way of youth – you could all join in (after all if we could play then anyone could) it’s just that we would just be your leaders, your pied pipers. If groups like the Raincoats (whom I adored) could make a virtue of bare competence (though clearly the base player was rock solid) and Furious Pig (who supported them) could do without musical instruments and just bellow into cardboard tubes, then clearly traditional skills was no guarantee of success.


Luckily no traces of the Rolling Beatles remain. 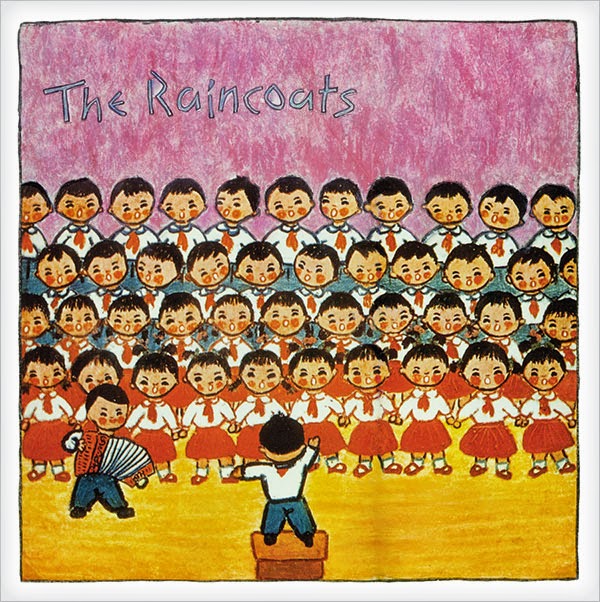